North of the Pan Handle

25 spots total
at this groupmuse

You're all invited to attend a solo Spanish guitar concert -- the program will feature Spanish and Latin guitar music with international award-winning guitar virtuoso, Tye Austin.

You're welcome to BYOB -- we'll plan to start by 7:30. As per usual, the minimum donation is $10 per person, and 100% of the proceeds go to the featured artist. You may pay in cash, Venmo (@tyeaustin), PayPal (paypal.me/tyeaustin), or your Stripe account. I hope to see you there! 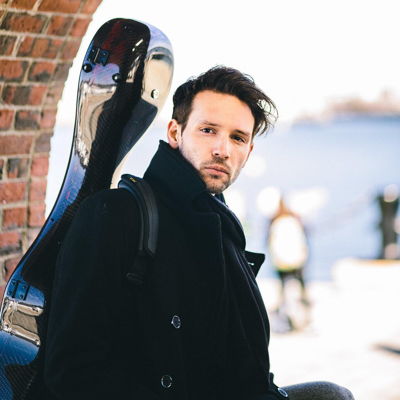 Tye received his Master of Music Degree from the New England Conservatory of Music in Boston, MA, where he studied with Andres Segovia's last direct pupil Eliot Fisk. Tye furthered his classical guitar studies with Grammy-winner, Sharon Isbin at The Juilliard School in Manhattan. He also studied flamenco guitar with David Martinez at the Royal Conservatory of Music in Granada, Spain. Tye is proudly sponsored by Savage Classical Guitar and D'Addario Strings. His debut album, Andalusia: Spanish Guitar Music, was self-produced and released on Rogue Records Label in 2018. His next album, Sincopado Americano, will feature obscure Latin American guitar works and is set to be released this summer, 2020. You can sample Tye's music and find more information about him at www.tyeaustin.com

A Night Out at the Symphony: The West-Eastern Divan Ensemble

A Classical Affair With Trio Teneramente