This groupmuse happened on Thursday, February 20, at 7:00 PM.

The West's East with the BPO: A Night Out

A Groupmuse Night Out with Boston Philharmonic Orchestra

Share
Due to the outbreak of COVID-19, all Groupmuses through the end of April are being moved to live stream. Details for this event are below. Stay safe, stay home! Read more.

Drinks for sale
at this groupmuse
Accessible

For all the talk of Western Classical Music, it’s easy to forget that the West itself has an East of its own, and for centuries, the rhythms and tones and scales of Eastern Europe were absent from the concert hall. But the 19th century changed that forever with the arrival of a few Eastern European mega-geniuses, who dramatically expanded the notion of what classical music could sound like.

Two of those mega-geniuses were Franz Liszt from Hungary and Antonín Dvořák from Bohemia. And the very next Boston Philharmonic Orchestra celebrates these giants at full force. Best of all, they want us to join for a Night Out!

We’ll gather in Harvard’s simply magnificent Sanders Theater and we’ll start with one of conductor Benjamin Zander’s electrifying disquisitions, where he brings us through the hows and whys of the forthcoming program to bring the music alive in a way only Zander can.

We begin the program with 20th century Hungarian master, Zoltán Kodály and his Dances of Galánta. Though less celebrated than his predecessors he shares the program with, Kodaly more overt embrace of folk sounds represents a modernist ripening of a process Liszt and Dvorak began the century earlier. And this piece is just unforgettable.

Then it’s on to Franz Liszt and his Second Piano Concerto. For those unaware, Liszt was probably the greatest pianist in history, and this piece is an occasion for fireworks. Young French virtuoso Lucas Debargue astonishes us at the ivories.

The finale is a pillar of the Bohemian Romantic - Dvorak’s 7th Symphony. He’s at the height of his powers and is carrying forth the call to bring the song of his homeland to the people of the world.

For so much, the price tag is normally $60, but you know how we do it — you’ll get your ticket for $20 if you grab it now! But this is an amazing concert and the stack won’t last, so make your move! 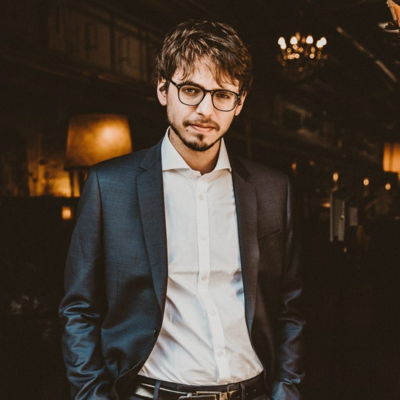 An Evening with Charles Mokotoff

Groupmuse at the Canopy Room

An Evening with John Warren