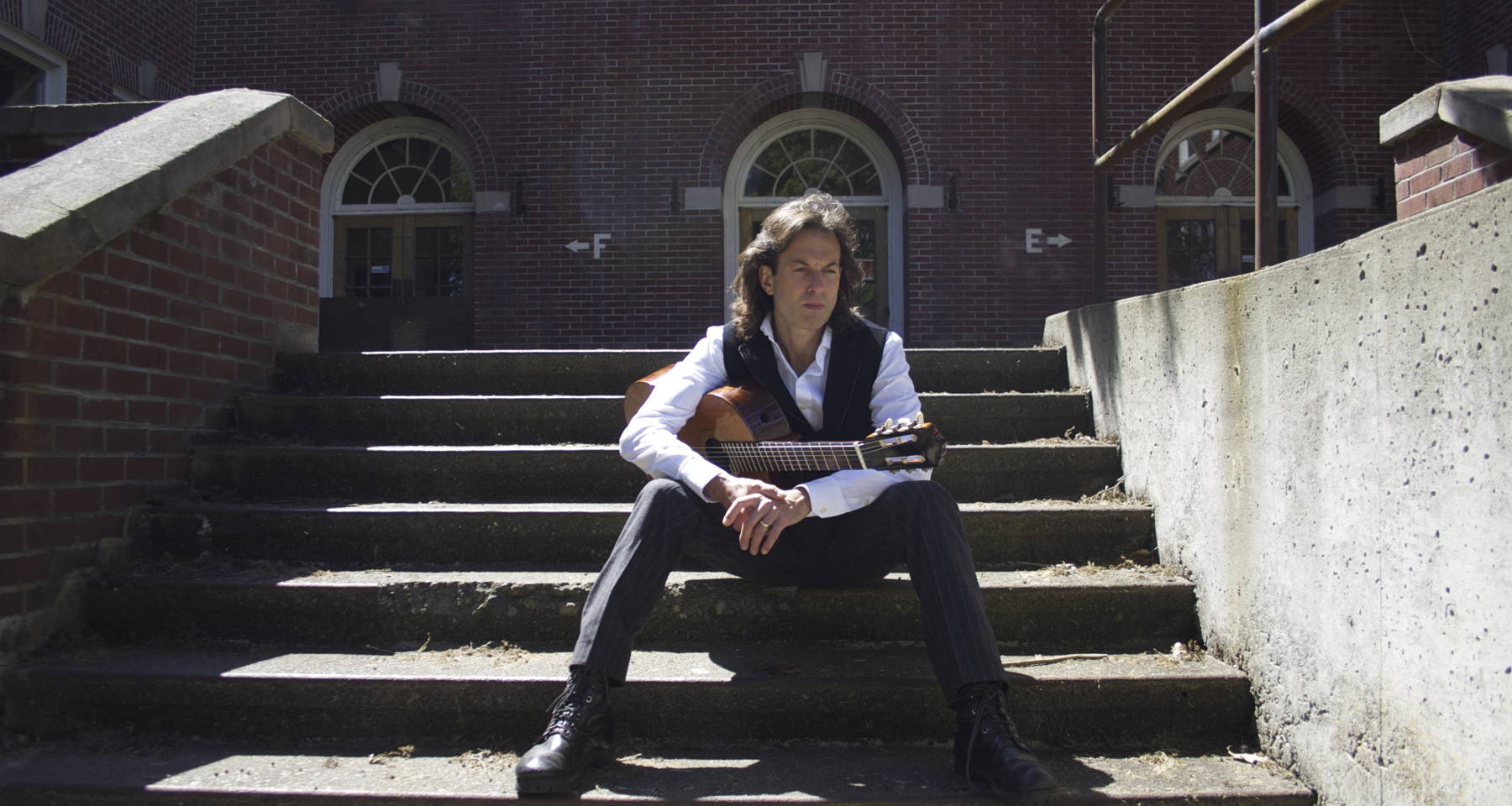 Hailed by Classical Guitar magazine as “one of the contemporary guitar’s most gifted stars,” Michael Nicolella is recognized as one of America's most innovative classical guitar virtuosos. He has received wide critical acclaim for his performances, recordings and compositions. Nicolella blurs the lines between musical styles and disciplines. He is part of a growing trend in classical music to revitalize the role of the composer/performer. Known for his creative programming, he has introduced electric guitar into his "classical" programs and extended the repertoire and audience of his instrument not only with his own compositions and transcriptions, but also by premiering and commissioning works by some of today's most exciting emerging composers.
His latest album, of his arrangement of the Complete Bach Cello Suites was called “a monumental achievement” by Soundboard magazine. Michael has performed throughout North America, Europe and Japan, and is a frequent performer with the Seattle Symphony.
He is a graduate of Yale University, Berklee College of Music and the Accademia Chigiana in Siena, Italy and is on the faculty of Cornish College of the Arts in Seattle.

While my repertoire spans the entire five centuries of works for the guitar and its related ancestors, I find myself increasingly drawn to the music of the Baroque period and the music of today. I have transcribed for guitar many works from the Baroque repertoire,
including music by: J.S. Bach, Antonio Soler, Francois Couperin and Domenico Scarlatti. On the new music front, I have premiered works written by: John Fitz Rogers, Richard Kranjac, David Paul Mesler, Tom Baker, Joshua Kohl, Christopher De Laurenti, Anthony Gatto, Jérémy Jolley; as well as championing the music of such contemporary composers as: Steve Reich, Luciano Berio, Toru Takemitsu, Astor Piazzolla, Elliott Carter, Roberto Sierra, Jacob Ter
Veldhuis, George Crumb, Pierre Boulez, Hans Werner Henze and Fausto Romitelli.As a composer, I frequently perform my own works in solo, chamber and orchestral settings. Besides my many solo and chamber pieces, I have written an electric guitar concerto (“Ten
Years Passed”) a classical guitar concerto (“Guitar Concerto”) and a work for soprano, guitar and orchestra ("The Flame of the Blue Star of Twilight").