Free drinks provided
at this groupmuse

For our Massivemuse in this great month of May, in honor of a return of the sunny seasons, we’re going a little hog-wild with a kaleidoscope of music, visual art and film, thanks to our wonderful friends at Filmelodic.

Filmelodic is an award-winning collective that makes short, narrative films to accompany beloved works of classical music to give the crowd an immersive, multi-sensual experience that takes you in so close to this music. Working with the terrific Ensemble Leonarda, they’ve curated an experience for us centered around the single musical theme know as La Folía, which has popped up in innumerable works from all over the world and throughout the centuries.

The first half of the program will feature Johan Halvorsen’s Sarabande with Variations, accompanied by Brooklyn-based visual artist Lila Nadelmann creating original art live to the music. It’ll be followed by JS Bach’s beloved Brandenburg Concerto No. 3 in G major.

And then, after one of those good long Massivemuse intermissions for beer and laughter, we’re back for the second half where we’ll all gather for Filmelodic's award-winning short film La Folia, set to a Concerto Grosso in D minor by Francesco Geminiani, performed live along side the film, which has been screened all over the country.

This explosion of sound + vision is going down at the Mayday Space, free beer is provided, and tickets are $25. 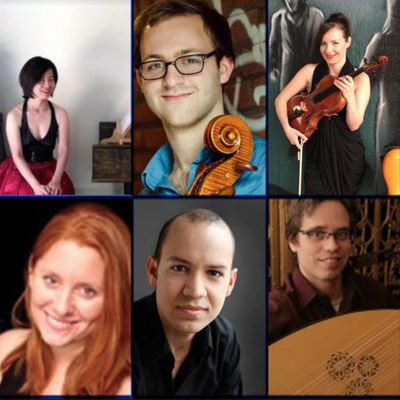 TMO at the Theatre

Bassoon and Oboe Pieces to Dazzle Your Eardrums