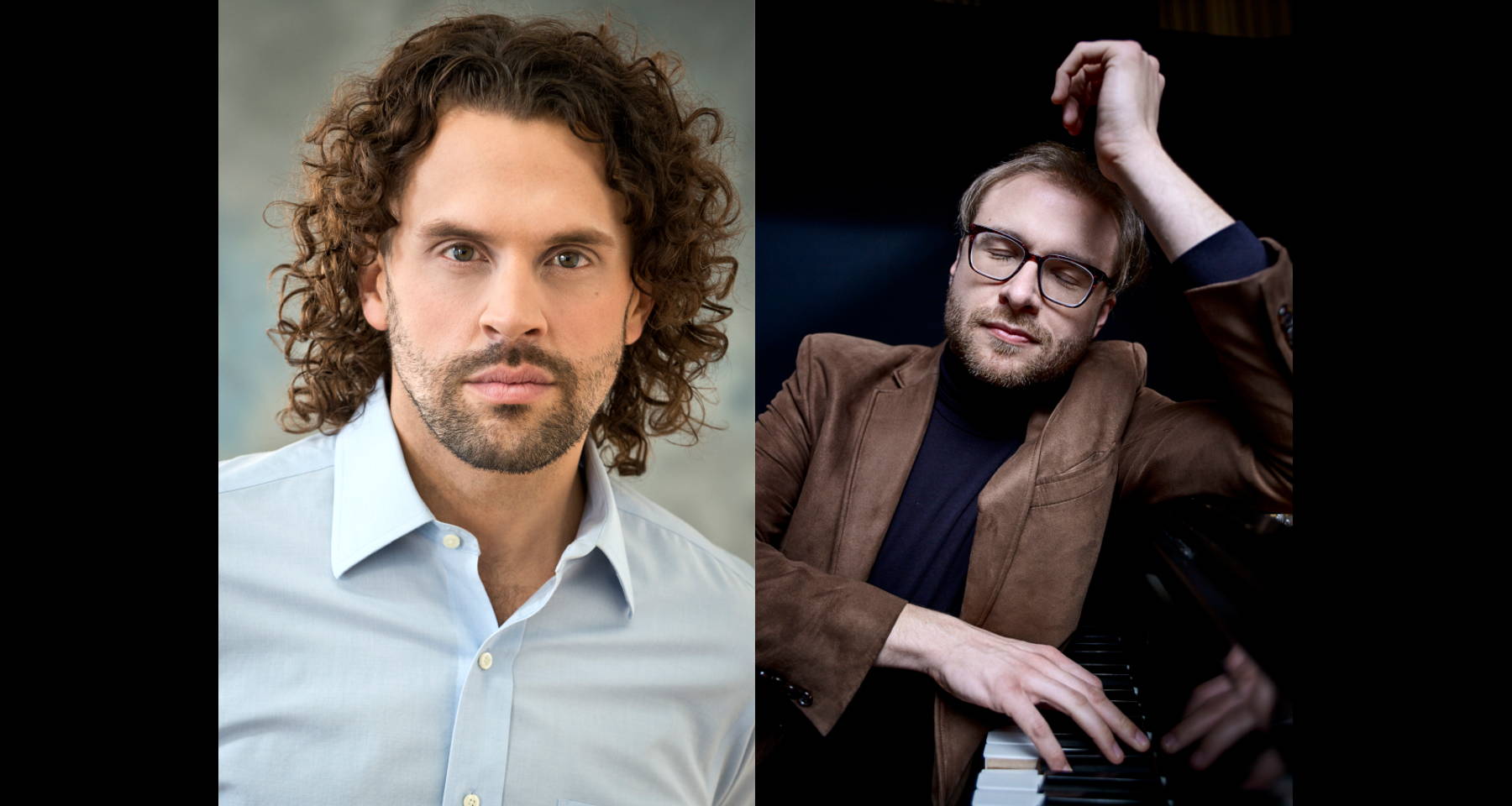 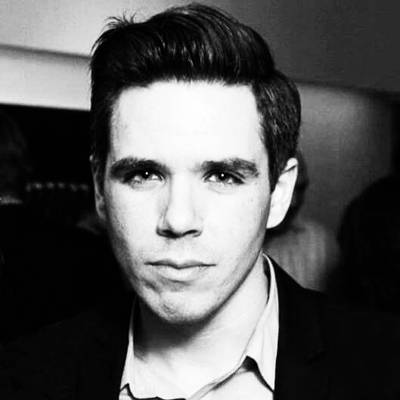 Text and translation will be provided. An array of wine and snacks will be served.

A frequent performer in both Europe and the United States, John Moore is garnering praise for his energetic performances and burnished baritone in both operatic and concert repertoire. He is a graduate of the Metropolitan Opera’s Lindemann Young Artist Program.

John Moore’s 2021-2022 season features the rescheduled tour of The (R)evolution of Steve Jobs as he reprises the titular Steve Jobs with Austin Opera, Lyric Opera of Kansas City, and Atlanta Opera. He also returns to Seattle Opera as Marcello in La bohème, and joins New Orleans Opera as a soloist in their Gala Concert. In the summer of 2022, he returns to Des Moines Metro Opera as Jess in the world premiere of Kristin Kuster’s A Thousand Acres.

Mr. Moore’s 2018-2019 season included performances of Pa Zegner in Missy Mazzoli’s Proving Up at the Miller Theater, his company debut with San Diego Opera as the Count in Le nozze di Figaro, role debuts as Steve Jobs in The (R)evolution of Steve Jobs with Seattle Opera and Zurga in The Pearl Fishers with Lyric Opera of Kansas City, and a return to Portland Opera, singing Figaro in Il barbiere di Siviglia.

John Moore’s 2017-2018 season included a return to Seattle Opera as Figaro in Il barbiere di Siviglia and role debuts of Hannah Before in As One with Des Moines Metro Opera and Johannes “Pa” Zegner in Proving Up with Opera Omaha. He also returned to the Metropolitan Opera to cover Papageno in The Magic Flute and Belcore in L’elisir d’amore. He finished the season by joining the Glyndebourne Festival as Achilla in Giulio Cesare.

2016-2017 saw the baritone in the world premiere of Missy Mazzoli’s Breaking the Waves with Opera Philadelphia, singing the role of Jan, a role he reprised with Beth Morrison Projects. He also returned to the Metropolitan Opera as Moralès in Carmen, Seattle Opera as Papageno in Die Zauberflöte, the Hyogo Performing Arts Center as Figaro in Le nozze di Figaro, and the Santa Cruz Symphony as Figaro in Il barbiere di Siviglia. In concert he appeared with the Chamber Music Society at Lincoln Center featuring works of Vaughan Williams and Weber.

The previous season saw several significant company debuts for the baritone including: Seattle Opera, as Count Almavivia in Le nozze di Figaro; the Bayerische Staatsoper, Adario in Les indes galantes; Florida Grand Opera, Tadeusz in The Passenger; Portland Opera, as Papageno in Die Zauberflöte, and Opera Omaha, as Figaro in Il barbiere di Siviglia. On the concert stage, he appeared at Carnegie Hall with the Oratorio Society of NY under the direction of Kent Tritle, and the Philadelphia Chamber Music Society.

The 2014-2015 season saw John Moore return to the Metropolitan Opera stage as Moralès in Carmen, as well as Nachtigal in Die Meistersinger von Nürnberg, and he appeared with their annual Opera in the Parks summer concert series. Additionally, he debuted at the Atlanta Opera as the Conte Almaviva in Le nozze di Figaro and covered the role of Tadeusz in Lyric Opera of Chicago’s production of The Passenger.

During the 2013-2014 season, Mr. Moore appeared as Papageno in The Magic Flute and as Fléville in Andrea Chénier with the Metropolitan Opera, Donald in Billy Budd with Glyndebourne at BAM, and Guglielmo in Così fan tutte at Hyogo Performing Arts Center, Japan. He also toured Russia with members of the Metropolitan Opera.

In the 2012-2013 season, the baritone returned to the Metropolitan Opera as Curio in Giulio Cesare and Simonetto in Francesca di Rimini, and also returned to the role of Donald in Billy Budd with the Glyndebourne Festival Opera.

Mr. Moore’s 2011-12 season featured a return to the Metropolitan Opera as Fiorello in Il barbiere di Siviglia, Yamadori in Madama Butterfly, and Donald in Billy Budd. He was the baritone soloist in the American premiere of Juraj Filas’s Oratorio Spei with Sacred Music in a Sacred Space at the Church of St. Ignatius Loyola under the baton of Kent Tritle. In addition to his recital with Philadelphia Chamber Music Society, Mr. Moore also gave recitals at his alma mater, Simpson College, and at People’s Symphony Concerts in NY. In the summer, he returned to the Des Moines Metro Opera in a role debut as the titular character in Tchaikovksy’s Eugene Onegin. Mr. Moore concluded the season as Count Almaviva in Le nozze di Figaro with Glyndebourne Opera’s touring ensemble in the United Kingdom.

In the 2010-2011 season, Mr. Moore appeared as Papageno in the Metropolitan Opera’s English production of The Magic Flute, toured with Musicians from Marlboro, performed in recital with the Brooklyn Friends of Chamber Music, and returned to the Des Moines Metro Opera as Dr. Malatesta in Donizetti’s Don Pasquale. In addition, Mr. Moore took part in a studio recording of Peter Lieberson’s The Coming of Light with CCM.

During the 2009-10 season John premiered Lieberson’s The Coming of Light with Chicago Chamber Musicians, sang Abbé Lorenzo in a new production of Argento’s Casanova’s Homecoming at Minnesota Opera, sang Fiorello at the Met, appeared in concert at the Lakes Art Center in Okoboji, Iowa and for the Des Moines Opera Guild, and made his debut at Glyndebourne Festival Opera in England singing Donald in Britten’s Billy Budd. In 2007, he made his debut at the Metropolitan Opera singing Fiorello in Il barbiere di Siviglia. Mr. Moore made his international debut at Welsh National Opera in 2008 singing Figaro in WNO’s acclaimed English Barber of Seville.

Polish-American pianist Adam Golka (born 1987) first performed all of Beethoven's Piano Sonatas when he was 18 years-old, and he considers the 32 masterpieces to have been his saving grace during the Covid crisis. "The reason I can't stay away from Beethoven is that he put himself through absolute hell in an attempt to marry the rawest expressions of his subconscious to the unattainable ideals of his mind. No other composer before or since has been willing to explore this internal warfare as deeply as he did, and I constantly feel that I'll somehow redeem myself by surrendering to the fight which is at the core of performing his works."

In 2020-2021, Adam Golka performed the eleven-hour cycle of Beethoven's Sonatas five times in its entirety, three times for socially distanced audiences at the Bach Festival Society of Winter Park (Florida), once at the Archway Gallery in Houston, and also a live-streamed cycle at the Saint Thomas Church Fifth Avenue (NYC), with a growing live audience as the year-long series proceeded. Adam's performances were complemented by 32 short films he created, known as [email protected] (available on YouTube), documenting his preparation for climbing the Everest of the piano literature, and featuring an amalgam of distinguished guests, from astrophysicists to Alfred Brendel. First Hand Records in London has released his "Beethoven Piano Sonatas Vol. 1" in 2020, recorded at the Tippet Rise Art Center in Montana. "Adam Golka plays [Sonatas op. 10] with a certain brio, fiery, very free. After all, Beethoven dares in them fantasies, embellishments, cadenzas that the pianist seizes with a sense of improvisation, variations of mood, which never make you forget the simple beauty of his touch, the obviousness of his speech." Artamag (France)

As public events in the United States re-opened, Adam was engaged by the Buffalo Philharmonic and Asheville Symphonies to film concertos by Bach, Mozart, Clara Schumann, Saint-Saëns, Brahms, Rachmaninoff, and Shostakovich for online release. He has also recorded a recital for the Chelsea Music Festival at High Line Nine, and he performed for live audiences at Chamber Music Sedona, as well as a series of recitals with cellist Jonathan Swensen, including the Morgan Library in NYC.

In 2021-2022, Adam plays Beethoven's Emperor with the California Symphony and he tours with a recital featuring Beethoven's Les Adieux, Liszt's Sonata, Grażyna Bacewicz's Piano Sonata No. 2, as well as etudes by Nicolai Kapustin and his own Relevant Etude (2021), including stops at the PianoTexas International Festival, Minnesota Beethoven Festival, and Brattleboro Music Center. He also joins violinist Itamar Zorman for recitals at Wigmore Hall in London and the Israel Conservatory in Tel-Aviv, pianist Yannick Rafalimanana for a two-piano recital at Kammermusik-Verein Halberstadt (Germany), and he will also enjoy a two-week residency at the Krzyżowa-Music Festival (Poland).

Adam Golka is deeply indebted to his two main teachers, José Feghali, with whom he studied at Texas Christian University, and Leon Fleisher, with whom he worked as part of the Artist Diploma program at the Peabody Conservatory. Since finishing his formal studies, Adam has continued to develop his artistry through private mentorship from his favorite artists: Alfred Brendel, Richard Goode, Murray Perahia, Ferenc Rados, and András Schiff, who invited Adam to give recitals at the Klavier-Festival Ruhr and Tonhalle Zürich for the Sir András Schiff Selects concert series.

As a concerto soloist, he has appeared with dozens of orchestras, including the BBC Scottish Symphony, NACO (Ottawa), Warsaw Philharmonic, Shanghai Philharmonic, as well as the San Francisco, Atlanta, Houston, Dallas, Milwaukee, Indianapolis, New Jersey, and San Diego symphonies. Adam has enjoyed collaborations with conductors such as Donald Runnicles, Pinchas Zukerman, Mark Wigglesworth, Joseph Swensen, and he has made countless concerto appearances with his brother, conductor Tomasz Golka. Adam gave his Carnegie Stern Auditorium début in 2010 with the New York Youth Symphony and his New York recital début at Alice Tully Hall, presented by the Musicians Emergency Fund.

Adam's professional life began when he was awarded the first prize and audience prize at the 2nd China Shanghai International Piano Competition. In 2009, he won the Max I. Allen Fellowship from American Pianists Association. As a pedagogue, he acted as Artist-in-Residence for six school years at the College of the Holy Cross in Worcester, Massachusetts. Adam has recorded works by Beethoven, Schumann, and Brahms for First Hand Records and he has premiered works composed for him by Richard Danielpour, Michael Brown, and Jarosław Gołębiowski. 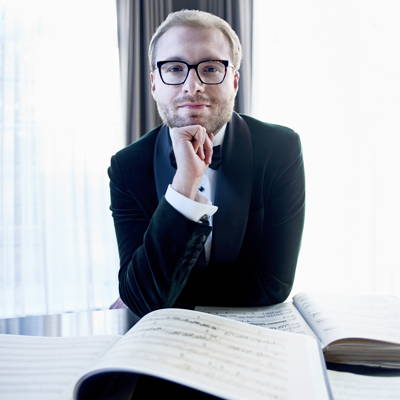 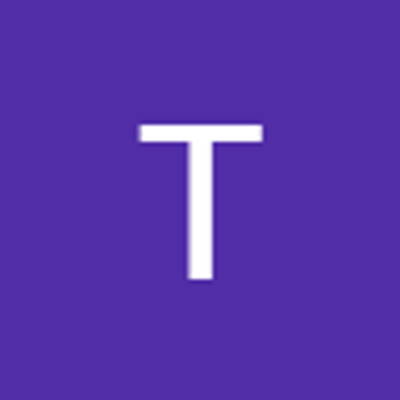 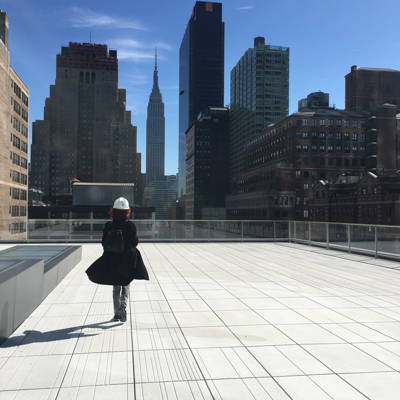 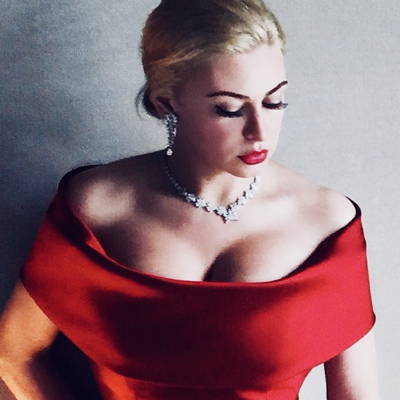 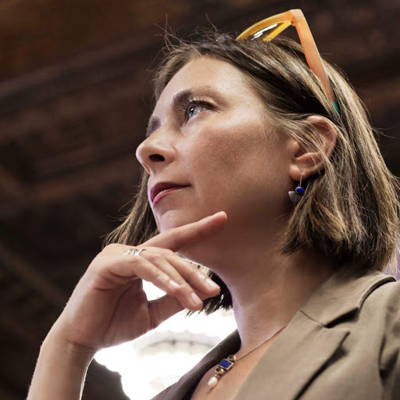 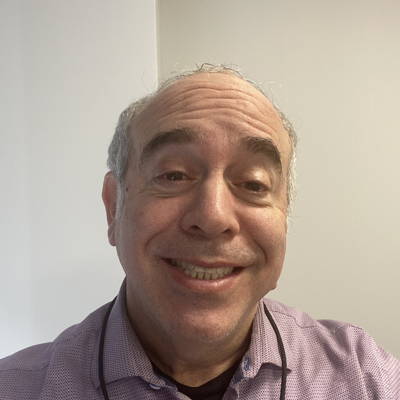 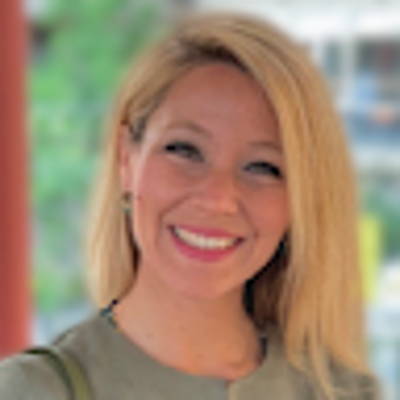 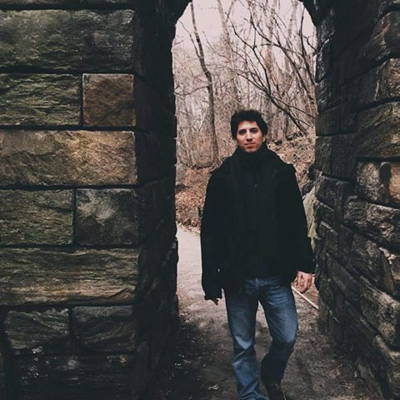 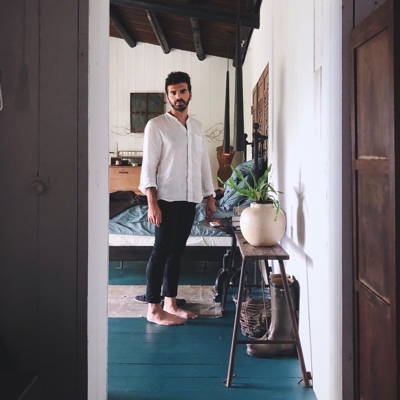 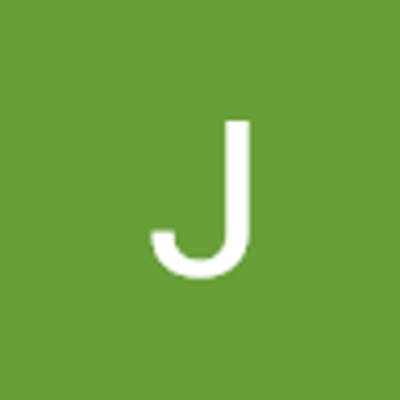 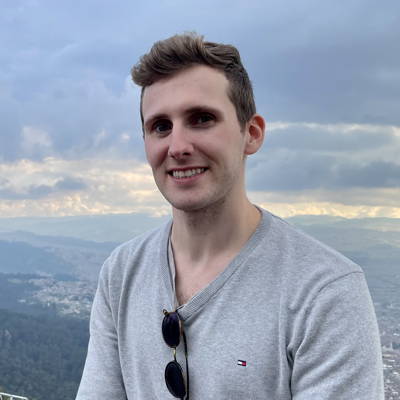 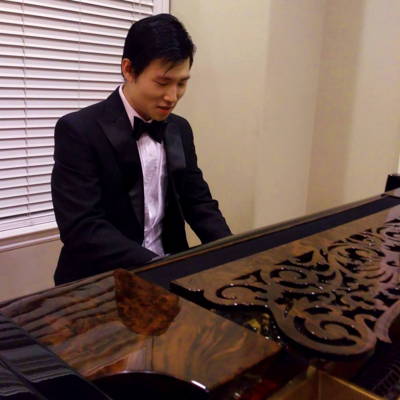