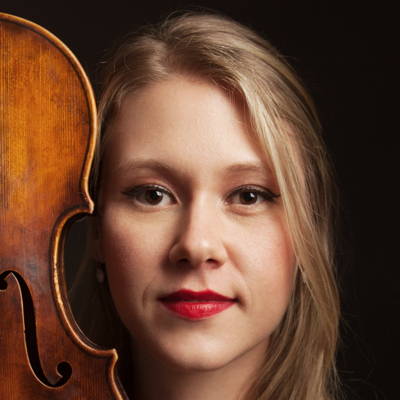 Violinist Rhiannon Banerdt made her solo debut at age 14 with the New England Symphonic Ensemble in Johannesburg, South Africa. She has since given solo and chamber music performances at Philadelphia's Kimmel Center, New York's Weill Hall at Carnegie, and Boston's Jordan Hall, among others. An avid chamber musician, Ms. Banerdt performs regularly throughout New England with a variety of ensembles.

A recipient of the 2012 Borromeo String Quartet Guest Artist Award, Ms. Banerdt was invited to perform with the quartet in Jordan Hall. Other collaborations have included performances with the Chiara Quartet, Kim Kashkashian, Paul Biss, and Frans Helmerson. Ms. Banerdt has participated in numerous eminent chamber music festivals including Ravinia’s Steans Music Institute, Kneisel Hall Chamber Music Festival, Taos School of Music, and the Castleman Quartet Program. A former member of the Amethyst Piano Trio, Ms. Banerdt was selected for the semifinals of the 2006 Fischoff National Chamber Music Competition, and the same year the trio was awarded First Prize in the International Chamber Music Ensemble Competition, where their performance was hailed by Edith Eisler, correspondent for Strings Magazine, as “real music-making – concentrated and deeply felt.”

Ms. Banerdt has served as Principal Second Violin of Boston's Discovery Ensemble and as a member of the first violin section of the Atlantic Symphony, as well as performing regularly with other orchestras in the New England and New York areas. She holds one of two Violin Fellowships for the 2013-2015 seasons with the flagship music education organization Community MusicWorks in Providence, RI, where she teaches individual lessons and group classes for disadvantaged youth and performs regularly with the Fellowship Quartet and Community MusicWorks Players. Ms. Banerdt also teaches violin and viola at the Ip Piano School in Boston.

Rhiannon Banerdt is an artist member of Music for Food, a musician-led initiative to fight hunger in our home communities.

A native of Los Angeles, Ms. Banerdt attended the New England Conservatory, where she received her Bachelor’s and Master’s degrees with honors from the New England Conservatory of Music as a student of Lucy Chapman and Paul Biss, and is currently a doctoral candidate at the CUNY Graduate Center studying with Mark Steinberg. She plays on a Guarneri model violin made by Marco Coppiardi in 2012. 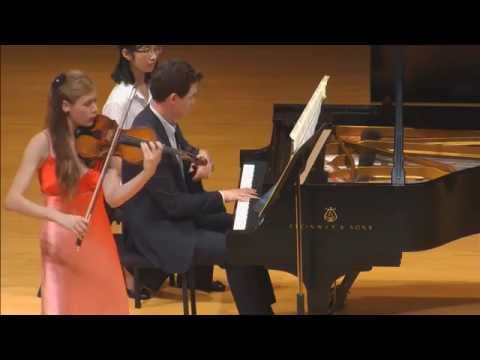 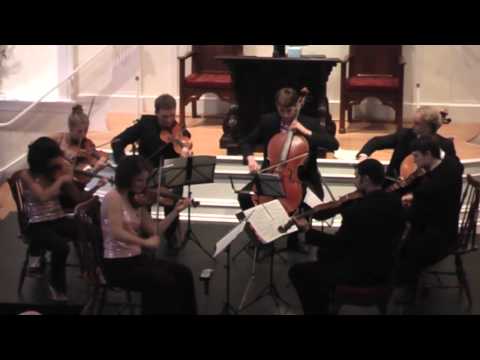 Stay cool or chill with Ulysses!

Ulyssesmuse - A groupmuse so good, we're gonna stream it 'round the world.

This groupmuse happened about 8 years ago