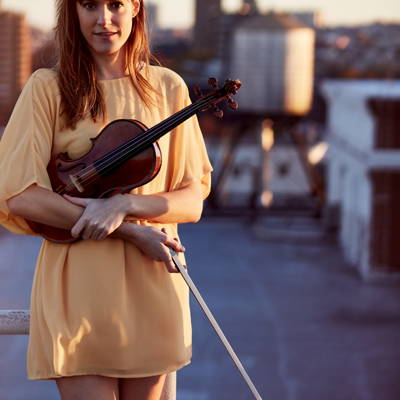 Violinist Hilary Castle maintains an active schedule as an ensemble musician, soloist, and teacher. “The electric energy behind Hilary’s playing is indescribable … She breathes life into the music and personifies it in a way that would shame those who thought this music could ever be boring.”

In addition to running a private studio in New York City, Hilary is on faculty at Turtle Bay Music School.

She plays an 1815 Giovanni Baptista Ceruti violin, on loan from a generous benefactor

Violin and Piano
Featuring works by Schubert, Faure and Dvorak