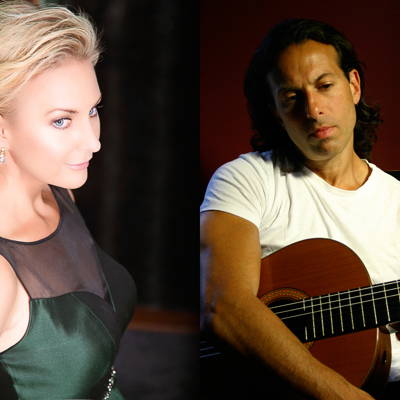 Alexandra Picard and Michael Nicolella first performed together in 2012 when Alexandra premiered Michael’s composition for soprano, guitar and orchestra entitled “The Flame of the Blue Star of Twilight” with the Northwest Symphony Orchestra. Their duo concerts feature an eclectic array of music ranging from 19th century lieder to the music of Luciano Berio and Samuel Barber with detours into Brazilian and American jazz and popular music.

Alexandra Picard is emerging as one of the most exciting sopranos in the Northwest. Most notable for her portrayals of the Queen of the Night, Konstanze, Musetta and Lucia, the Seattle Times speaks of her “bell-like clarity” while Classical Voice comments on her “charisma and spot-on singing.” She has sung for: Tacoma Opera, Rogue Opera, New Opera Festival in Rome, Italy, Willamette Concert Opera, Spokane Opera, Pacific MusicWorks, Kammersaal in Graz, Austria, Skagit Opera, Russian Opera Centre in San Francisco, Bellevue Opera and Hawaii Opera Theater. In concert Alexandra has performed with: the Brasilia Symphony Orchestra in Brazil, Northwest Symphony Orchestra, Yakima Symphony and Seattle ProMusica. She originated the role of the Ghost of Butterfly in the jazz opera Welcome to the Voice for the Bell Atlantic Festival on Broadway with Elvis Costello and performed a gala concert for the U.S Embassy in Paris, France. Alexandra earned a Bachelor of Arts from Harvard University, and received her Masters in Music from the San Francisco Conservatory. Ms. Picard is currently completing her second year as a Doctoral Candidate in Vocal Performance at the University of Washington.

Michael Nicolella is recognized as one of America's most innovative classical guitar virtuosos. Referred to as “one of the contemporary guitar’s most gifted stars” by Classical Guitar magazine, he has received wide critical acclaim for his performances, recordings and compositions. Michael is part of a growing trend in classical music to revitalize the role of the composer/performer. Known for his creative programming, he has introduced electric guitar into his "classical" programs and extended the repertoire and audience of his instrument not only with his own compositions and transcriptions, but also by premiering works by some of today's most exciting emerging composers. His latest album is a double CD of the Complete Bach Cello Suites in his own arrangement which was called a “monumental achievement’ by Soundboard magazine; and “performances that show the Suites in an entirely new light” by the Seattle Times. His prior three critically acclaimed albums focused on contemporary music for classical and electric guitar. Michael has performed with a wide range of groups and artists including: the Seattle Symphony, Northwest Symphony Orchestra, Merce Cunningham Dance Company, violinist Gil Shaham, Broadway legends Bernadette Peters and Brian Stokes Mitchell, classical music comedians Ingudesman and Joo, Charanga Danzon and the Seattle Guitar Trio. Michael is a graduate of Yale University, Berklee College of Music and the Accademia Chigiana in Siena, Italy. He is on the faculty of Cornish College of the Arts in Seattle. 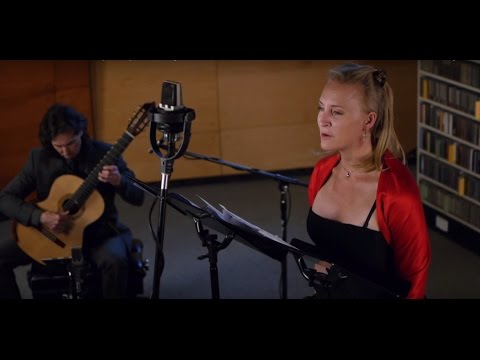 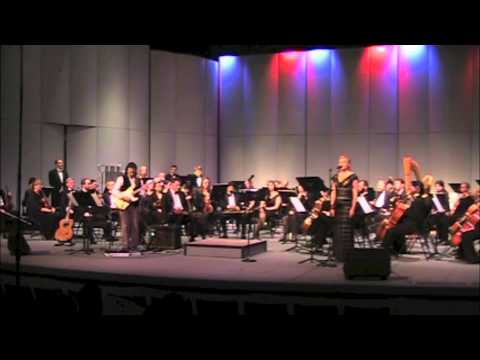 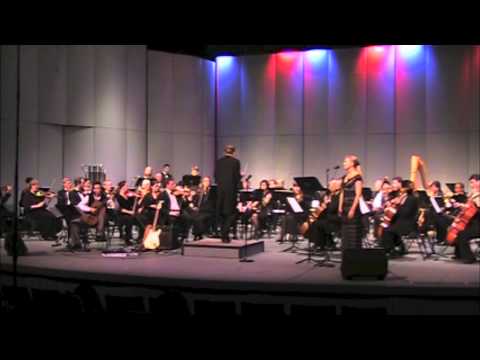 Music in our living room

evening of music in Wallingford