Bring your
own drinks
Accessible

Because of the size and scale of Massivemuses, they often provide an opportunity to work together with our comrades-in-arms -- folks fighting to make the world more beautiful and profound through great art. And on March 25th, we'll be doing just that, as we join forces with Classical Revolution, an international movement and network of musicians revolutionizing the way live classical music is programmed and heard, and Monument, a giant creative community warehouse space in San Francisco, which we'll be covering in pillows for the occasion.

For the first half, we'll have a Classical Revolution string quintet backing the rising-star Serene for some epic piano concertos in an arrangement for the chamber. First, a movement from Rachmaninoff's Piano Concerto No. 2; she's performing the full concerto with the San Francisco Civic Symphony a couple weeks later, so this'll be a sneak peek. We'll follow it up with the mammoth masterpiece, that untouchable jewel of American Classical music, George Gershwin's Rhapsody in Blue.

Then, we'll have one of those big, fat Massivemuse intermissions where we hang hard.

The second half will include a variety of treats including arias by the terrific Gustavo Hernandez Garcia and a string ensemble performance of Bartok's Romanian Dances in commemoration of the great Hungarian’s 137th birthday.

Space is limited and seating is first-come-first-served, so be sure to arrive early and reserve your ticket before we sell out. 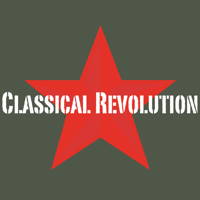