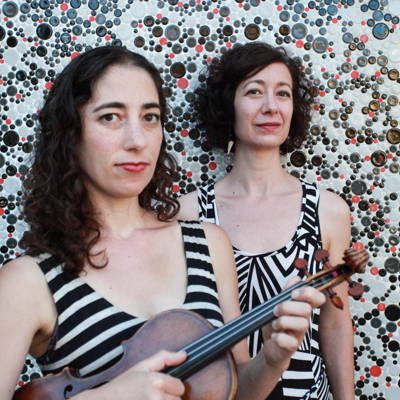 Musical sisters* separated at birth, Alisa Rose and Amy Zanrosso were magically reunited in February 2015 under the auspices of one Metropolis Violin Concerto. Feeling like they still had a lot more to musically say and explore they formed the RossoRose Duo which will combine the world of their preferred classical classics with music being written in the here and now. Look forward to experiencing clashing movements of different sonatas paired with Alisa's original compositions.

Fiddler and violinist, composer and improviser, Alisa Rose, www.arosefiddle.com, is a modern musician who easily navigates between many musical styles. With roots in classical music as well as American traditional music, her expressive lyrical voice on the violin is captivating. She is a member of the genre-bending Real Vocal String Quartet, Supermule, and the Club Foot Orchestra. The Real Vocal String recently toured Eastern Europe as Ambassadors of the State Department, recorded on Feist's album Metals, and performed with Feist on the Tonight Show. From 2008 to 2012 Alisa was a member of Quartet San Francisco; their record QSF Plays Brubeck was nominated for a Grammy in 2009, for which Alisa was featured on National Public Radio’s Weekend Edition. Other notable performances include with the Keisa Duo at Carnegie Hall, with A.J. Roach and the Strange Pilgrims on PBS’s Song of the Mountains, at TEDx Alcatraz with Bob Weir, and with the bluegrass band 49 Special at the 2009 Rockygrass Festival where they took first prize in the band competition in 2008.

Amy Zanrosso, www.amyzanrosso.com, decided she wanted to be a pianist at the age of fifteen after she realized that she just couldn’t live without the constant presence of Beethoven and Brahms in her life. They didn’t have much say in the matter. So with an undergrad degree tucked under her arm, Amy moved to Italy for a few years of study and then returned to Canada to complete a Master’s Degree at McGill University in Montreal. She has happily collaborated with a wide range of fantastic musicians running the gamut from German cabaret to Tango Nuevo and back, always under the watchful eyes of Ludwig and Johannes. In 2014, Amy moved to the Bay Area and is steadily realizing her plan of learning and performing all the piano trio/quartet/quintet literature in existence. When not practicing Brahms or Beethoven, Amy can be found coaching chamber music at the San Francisco Conservatory of Music or riding her bike to rehearsals. 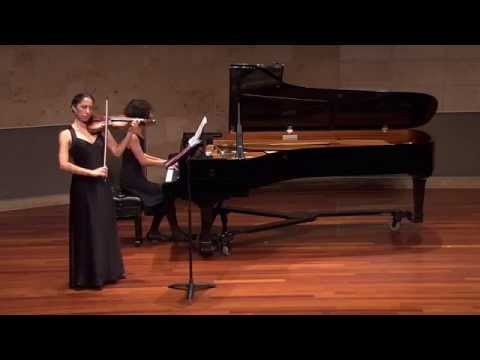 A Wonderful Evening of Piano and Violin. Brahms, Dvorak, Shostakovich

Welcome back the RossoRose Duo with cellist Michael Graham!