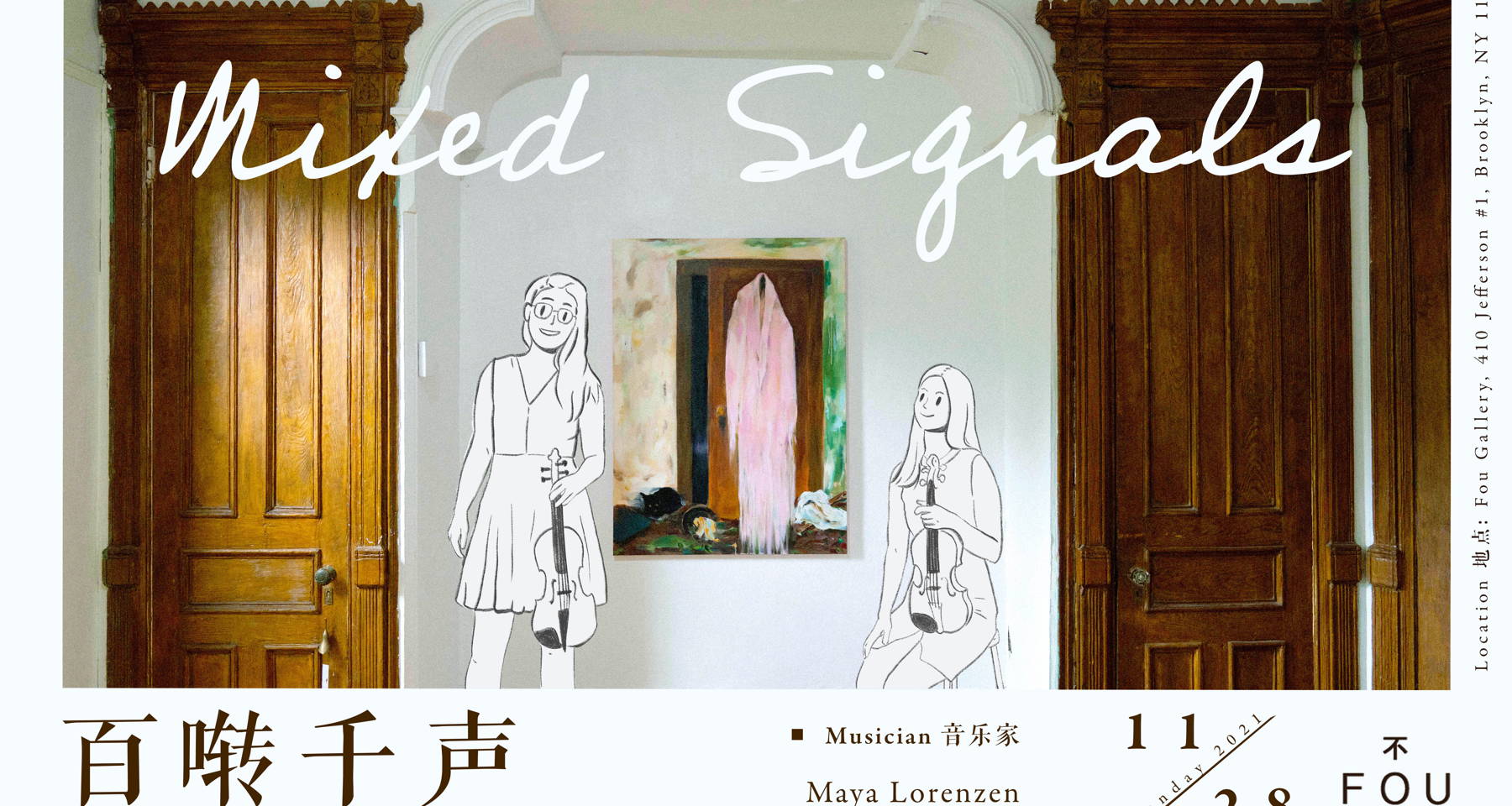 Masks are required until seated

Fou Gallery cordially invites you to attend the Mixed Signals: Thanksgiving Violin Duo Concert. It will take place on November 28, Sunday afternoon. Echoing the theme of Fou Gallery's current exhibition, Cathleen Clark: Whatever Hour You Woke There Was a Door Shutting, violinists Maya Lorenzen and Concetta Abbate will adapt the nostalgic and mysterious temperament of Kathleen Clark's work with a carefully selected program and melodious timbre of violins, distilling the meaning of time passed, and the longevity of one’s memory.

​​In Cathleen Clarke's solo exhibition: Whatever Hour You Woke There Was a Door Shutting, Cathleen Clark captures lively occasions in her paintings: weddings of her family's previous generation, the lake she played around in her childhood, the ambiguous expressions of teenage friends, etc. These vague memories of people and events from her past are painted in a mysterious and haunting manner. At the same time, Maya Lorenzen and Concetta Abbate will perform from a wonderful classical and contemporary music repertoire, including Abbate's original music. We hope the combination of these paintings and music will help the audience explore the powerful juxtapositions of love and sorrow, loneliness and comfort, struggle and relief — to experience the inner workings of the human soul. Thus, with sight and sound complementing each other, Fou Gallery will provide a perfect place for the audience to wander around the banks of their river of memories.

Jean-Marie Leclair was a French Baroque violinist and composer. He is considered to have founded the French violin school. In his works, Leclair has absorbed the manifestations and performance techniques of Italian violin music, combined with the elegant style of French music, and created many successful violin repertoires. His late works embodied the transition of musical style from Baroque to Classicism. Leclair's violin works are not easy to perform and require high-performance skills. "Sonata For Two Violins Op.3'' consists of three movements: 1. Allegro ma poco 2. Gavotte. Andante gracioso 3. Presto.

Jessie Montgomery (b.1981)
Rhapsody No. 1 for Solo Violin

Jessie Montgomery is an acclaimed contemporary composer, violinist, and educator. She is the recipient of the Leonard Bernstein Award from the ASCAP Foundation, and her works are performed frequently around the world by leading musicians and ensembles. Her music interweaves classical music with elements of vernacular music, improvisation, language, and social justice, placing her squarely as one of the most relevant interpreters of 21st-century American sound and experience. Rhapsody No. 1 for Violin Solo was written for Jessie Montgomery’s debut album. It premiered in New York in June 2014. 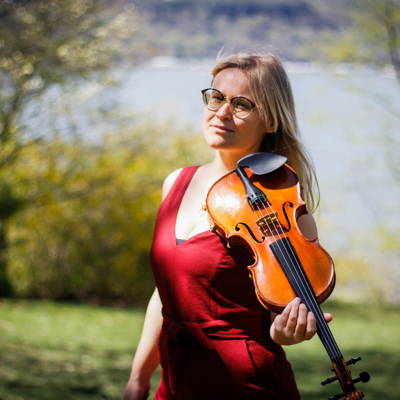 The program is inspired by fascinating dynamics between zodiac elements and the meeting point of different musical genres.
Two violinists from different musical backgrounds meet;
one classically trained the other a creative improviser.
We’ve come together to explore the ways our different musical traditions merge and intersect through musical history.
Similar to the collaboration between Yehudi Menuhin and Stefan Grappelli, we are inspired by each other’s style and playing.
Combining our sounds to bring a dynamic program that speaks volumes about the potential of the violin as a tool for creative expression.

Concetta Abbate, about 2 months ago

Thank you so much Fou Gallery for a wonderful afternoon! 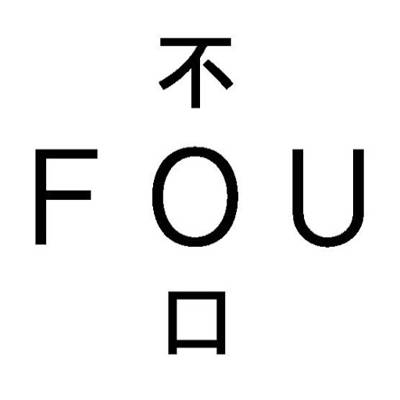 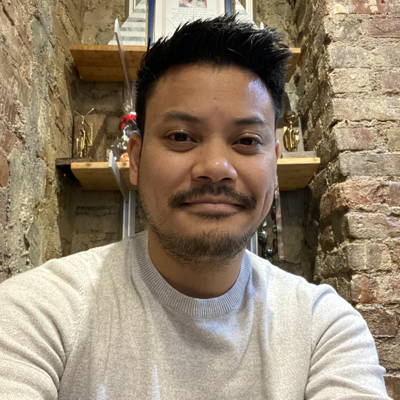 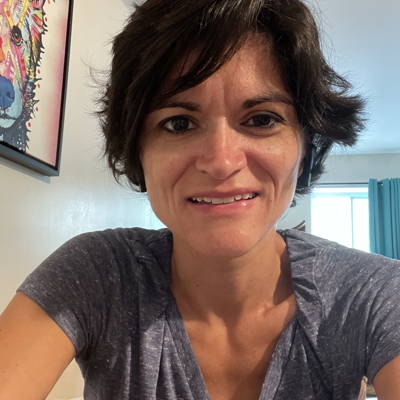