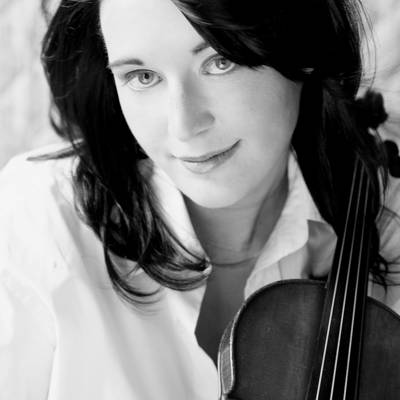 Centuries of Sound - Chamber Music for Strings, Piano and Voice

Violinist/violist, Rachel Patrick enjoys a versatile musical life as both a performer and teaching artist. She has taken part in successful solo tours of Europe, Asia and the United States, including a benefit concert for the Harlem School for Strings in Carnegie Weill Recital Hall. She has performed as soloist with orchestras across the United States and Europe, including performing Kevin Puts' Violin Concerto with the South Bend YSO and the German premier of Tan Dan’s “Hero” Concerto with the Schleswig Holstein Festival Orchestra. Her recording with Sinfonia Varsovia of David Canfield's Rhapsody after Gershwin, a piece written for and dedicated to her, was released on Toccata Classics in May 2016.

Ms. Patrick has been the recipient of both a Suzuki and Friends Chamber Music fellowship and a Starling Chamber Music fellowship. She has also presented chamber music recitals on three continents, collaborating with such artists as Allison Eldredge, Eric Kim, Michael and Daria Adams, Dale Barltrop, Joshua Roman, Alex Kerr and Dmitry Sitkovetsky, among others, and worked with Osvaldo Golijov on a program celebrating his compositions. She has recorded chamber music and solo albums for the Enharmonic, Albany and Crystal labels, collaborating with artists such as flutist, James Pellerite and saxophonist, Kenneth Tse. Ms. Her debut solo CD “Presenting Rachel Patrick” featuring works by Ravel, Korngold and Strauss was released on the Enharmonic label in August 2011. Patrick also recently completed a successful concert tour of Asia with her trio with Mr. Tse, NuExpressions. She is also the violinist/violist and a founding member of the San Francisco-based Vinifera Trio. She is an artist for the Classicopia, Trinity Alps, Bodhi Tree North and AmiciMusic chamber music series.

Ms. Patrick has served as the concertmaster for numerous orchestras including the Birmingham Symphony Orchestra, University of Michigan Symphony Orchestra, Symphony Napa Valley, the Arbor Opera Orchestra, Indiana University Chamber Orchestra and as frequent guest concertmaster for the Bloomington Symphony Orchestra and the Hollins Chamber Orchestra, which she joined for a tour to Italy in 2009. Ms. Patrick’s primary concertmaster appointment was with the Schleswig-Holstein Music Festival Orchestra in Germany, a post that she held from 2009-2012. With this ensemble, she has participated in extensive tours of North America and Europe, as well as a collaboration with Lang Lang and Herbie Hancock for the internationally broadcast Lang Lang 30th Birthday at the O2 World Arena in Berlin. Currently the concertmaster of Livermore Opera Orchestra, she has also enjoyed performing with many of the Bay area’s orchestral ensembles, including the Berkeley Symphony, Merced Symphony, Modesto Symphony, Sacramento Philharmonic, and Oakland Symphony.

A native of Bloomington, Indiana, Ms. Patrick began her musical studies at the age of three with Mimi Zweig in the pre-college String Academy program at Indiana University. Joining their prestigious touring group, the Violin Virtuosi, at the age of eight, she is also featured in the Emmy-nominated film documentary about the group, Circling Around. Ms. Patrick completed a Bachelor of Music degree at the University of Michigan studying with Stephen Shipps and Yehonatan Berick and completed graduate studies at the Indiana University Jacobs School of Music, serving as an Associate Instructor of violin and studying with Alexander Kerr. 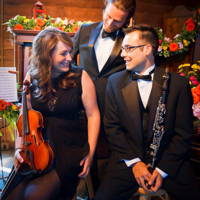 A Summer Concert in the Woods

French Trio in the Marina

This groupmuse happened about 7 years ago